The November-December issue of Alaskan History Magazine includes an article about the WPA Guide to Alaska, which was written as part of the Federal Writers Project, an interesting study of the territory in which the preface sagely advises, “The best way to know Alaska is to spend a lifetime there.” 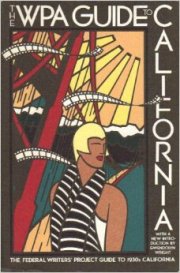 The Federal Writers’ Project was created in 1935 by President Franklin D. Roosevelt, as part of the United States Work Progress Administration (WPA), a New Deal jobs program, to provide employment for historians, teachers, writers, librarians, and other white-collar workers. Originally, the purpose of the project was to produce a series of sectional guide books, focusing on the scenic, historical, cultural, and economic resources of the United States (including the territory of Alaska, Puerto Rico and Washington, D.C.). The project was expanded to include local histories, oral histories, ethnographies, children’s books and other works.

The American Guide Series books were written and compiled by the Federal Writers’ Project, but printed by individual states, and contained detailed histories of each state with descriptions of every city and town. The format was uniform, comprising essays on the state’s history and culture, descriptions of major cities, automobile tours were one of the important attractions, and there was a portfolio of photographs in each book.

A Guide to Alaska: Last American Frontier, was written by Merle Colby, and includes a foreword by John W. Troy, then-Governor of the territory of Alaska. Troy wrote, “Scarcely more than a generation ago, well within the memory of many living Alaskans, the news was flashed in 1897 over telegraph wires that the steamer Portland had arrived in Seattle with ‘a ton of gold.'”

Troy continues: “Even more important, and certainly no less dramatic, is the less-known Alaska of today — the Alaska of graveled automobile roads, of airplanes, used as casually by Alaskans as are taxis in continental United States, of giant gold dredges, of great fishing fleets, of farms with the latest in modern equipment, of homes set in frames of flowers and surrounded with vegetable gardens, of large shops, theaters, churches, schools, clubs, newspapers, and America’s farthest-north university.” 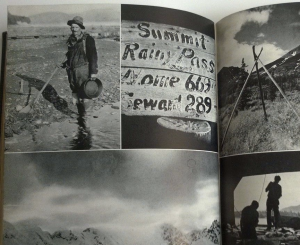 The entire book can be read online, and there are interesting details throughout the 1939 guidebook, such as this curious advice regarding money: “The 5-cent piece is the lowest monetary unit in Alaska; in the remote interior, the 25 cent piece (two bits). In the latter case, this does not mean that the lowest price of any article is 25 cents, but merely that a total purchase must amount to a multiple of 25 cents. Pennies are almost unknown, and in post offices the clerk will usually make change in one-cent stamps. Prices such as 39 cents and $1.98 are unheard of.” 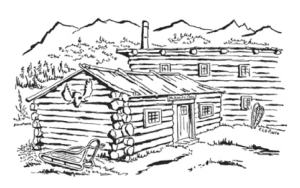 The guidebook’s description of roads in Alaska is notably brief: “Automobile Highways. The Richardson Highway (open in summer only), 371 miles long, begins at the port of Valdez, on Prince William Sound, and ends at Fairbanks, paralleling the Alaska Railroad. Frequent bus and truck service connect with steamship arrivals; good accommodations are available along the route.”

Note that the Alaska Railroad, which reportedly ‘parallels’ the Richardson Highway, does so at a distance of well over 100 miles.

“The Steese Highway (open in summer only) extends 163 miles from Fairbanks to Circle. Bus and truck service connect with train arrivals; there are accommodations along the route.

“Other major summer highways, all with bus or truck service, are:
• Gulkana to Slate Creek, 60 miles
• Anchorage to Palmer and Matanuska Valley, 50 miles
• Fairbanks to Livengood, 85 miles
• Nome to Council, 57 miles” 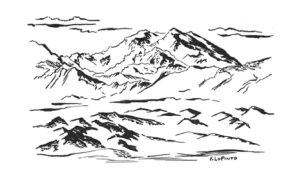 A few local roads between 5 and 39 miles in length are listed, along with the 80-mile Mt. McKinley National Park gravel road from Paxson, now known as the Denali Highway.

A Guide to Alaska is an interesting in-depth look at the territory in the first half of the twentieth century, divided into six distinct regions and described in terms which would do justice to any modern travel guide, such as this depiction of southcentral Alaska: “A number of large rivers, as well as Cook Inlet, break through the mountains fronting the coast and open up inland valleys having a light forest cover, moderate precipitation, short but rather warm summers, and winter temperatures not unlike those found in the northern tier of prairie States. The level and rolling lands afford excellent opportunities for agriculture. The Matanuska agricultural area is located in one of these valleys in the vicinity of Anchorage. Additional and even more extensive tracts of potential farm lands, notably the Kenai Peninsula agricultural area, are found in this same general locality. ”

The entire book can be read online here.